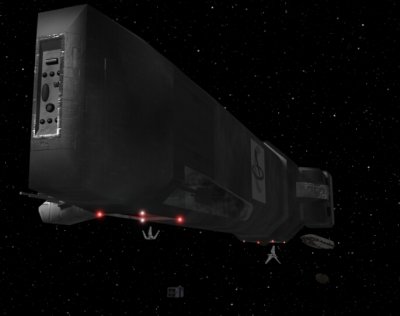 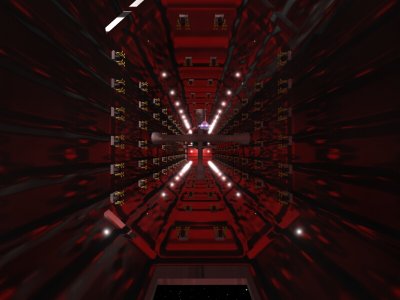 Description: During the early days of the Old Republic hyperspace travel was extremely expensive as were vessels capable of travelling through hyperspace. One solution to this was the Hyperspace Transporter, a massive vessel which had enough room inside for smaller vessels to dock and be carried to their destination. With enough room for 170 light freighters to dock inside the Hyperspace Transporter could carry them to their destination quickly and cost effectively. As hyperdrive costs dropped, and hyperspace travel became more common, these vessels began to become less popular, with them becoming obvious targets for pirate attacks. However the Republic government still supported the idea of these vessels, and all official Republic cargo was still carried aboard them. As the Empire rose to power, these vessels were considered too weakly armed for Imperial cargoes, especially during the turbulent Clone and Galactic Civil war years, however they remained too valuable an investment to be written off and continued to serve across the galaxy. These days they are sometimes seen as troop transporters and cargo vessels within the Imperial Fleet, and on very rare occasions still serving their original purpose, keeping the flow of cargo and trade across the galaxy moving.