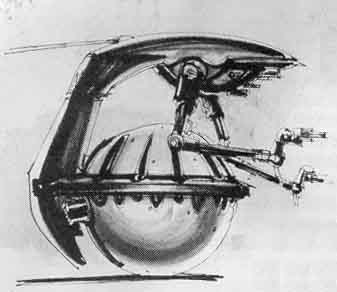 Description: The JJ Series Medical Droid is Cybot Galactica's answer to the monsterously successful 2-1B droid from Industrial Automaton. While an older design than the 2-1B, it matches the skill of the newer droid in a number of areas, but however remains a poor second choice due to its lack of skill with non-humanoid species. This is something which actually made it popular with the Empire, however the same "feature" has cost it sales with alien planets, the Rebellion and the New Republic. One feature of the JJ series which has made it popular is its drive system, which makes it almost as fast as a human being, and far faster than other medical droids. For this reason the JJ series has become popular for deployment with first aid and paramedic teams, and although it still cannot negotiate rough terrain very well, this is not usually a problem in urban terrain or on board space faring vessels or stations.