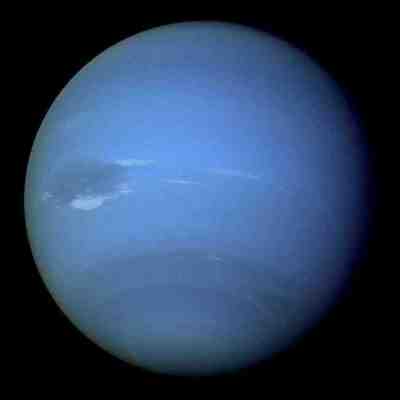 
Juanna is the homeworld of the Juannar and orbits the same star as the planet Mandalore. A Gas Giant with an extremely hostile atmosphere, Juanna is a strange environment for any species to live on, but the Juannar cannot survive on a normal terrestrial planet so most of their species remains on their homeworld away from prying eyes. The planet is the 4th planet in the Mandalore system, and one of the two gas giants, but since it is an inhabited planet it does not suffer the gas mining that happens around most other gas giants.

The Juannar can float in the thick atmosphere of their homeworld, so their own structures and homes are quite different to those required by the majority of species in the galaxy, there are a number of stations similar in design to Bespins Cloud City, where humanoid visitors can stay while they are on Juanna. However the Juannar are not a hospitable species and visitors will not find themselves welcome even if they do manage to get authorisation to get past the massive Mandalorian defences around the planet.

The majority of Juannar structures that have been seen are bubble like, and use advanced energy fields to hold them in place and protect them from the floating predators that exist in the vibrant ecosystem of this world. But humanoid visitors cannot survive the crushing atmosphere at the lower levels of the habitable zone, so have never witnessed what the majority of Juannar structures look like.

The animal life of Juanna is varied, but mainly consists of flyers and floaters, and since the biosphere is not limited by a ground level still contains many more uninhabited areas and wildernesses than a terrestrial planet with a similar population would.

Juanna is protected by the Mandalorian Navy, a job they take very seriously, with gravity well generators stopping hyperspace traffic while it is still at least a hours sublight travel away. The area is well patrolled and has an advanced sensor net around it which is yet to have failed to detect any ship entering the area. But for all of this protection there are only two permanent structures in orbit around the world, the first structure is the Mandalorian Starport facility which also houses the hub of the sensor network and the long distance communication facilities for the entire planet. The other structure is a Juannar space station, the Juannar claim this is abandoned a claim that is supported by sensor scans of the station, however the Juannar will not allow any non-Juannar to board the station a fact they are extremely touchy about, so the Mandalorians have never pressed the point.


Page designed in Notepad, logos done on Personal Paint on the Amiga.
Text completely by FreddyB. Image is from NASA (Copyright resides with them) Image is actually Uranus.
Any complaints, writs for copyright abuse, etc should be addressed to the Webmaster FreddyB.