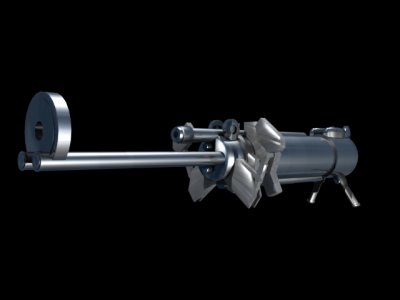 
Description: A revolution in energy weaponry, the Photon Cannon throws high energy photons at immense velocity towards the target with massive destructive potential. Not only does the Photon Cannon beat Blaster Weaponry for range, but also for sheer lethality, releasing enough damage potential to destroy some light walkers towards targets vast distances away. The Photon Cannon however needs vast quantities of energy to achieve this impressive performance, meaning that its expensive and bulky power packs hold a mere 15 shots within their energy matrices. Also counting against this weapon is the fact that it requires a great deal of time to cycle between shots, leaving its user at a disadvantage against faster firing weapons. The Photon Cannon has only sold in small quantities since it was released shortly before the Battle of Hoth, and its sheer cost seems to assure that it will remain a rare weapon, however if its designers can enhance the effectiveness of this technology it is possible that Photon Based Weaponry will replace the Blaster in the future.