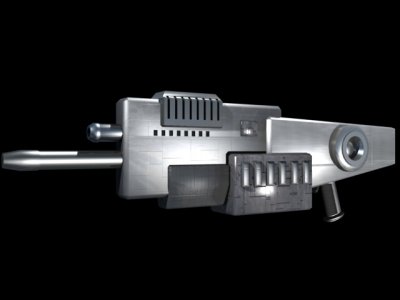 
Description: The Venom Repeating Blaster Rifle is designed to allow a user to pour an immense amount of firepower into a particular target (the user suffers no penalty for a second shot at the same target) and was introduced to replace the aging Light Repeating Blaster design which was prevalent in Imperial and Rebel forces throughout the Galactic Civil War. It is a powerful weapon and has been introduced by the New Republic in limited numbers being purchased in place of Repeating Blasters, but only as standard replacement of older weapons since the Republic cannot afford to replace all of its older weapons at the same time. However the Empire has been purchasing larger numbers of these weapons to improve the effectiveness of its diminishing forces.