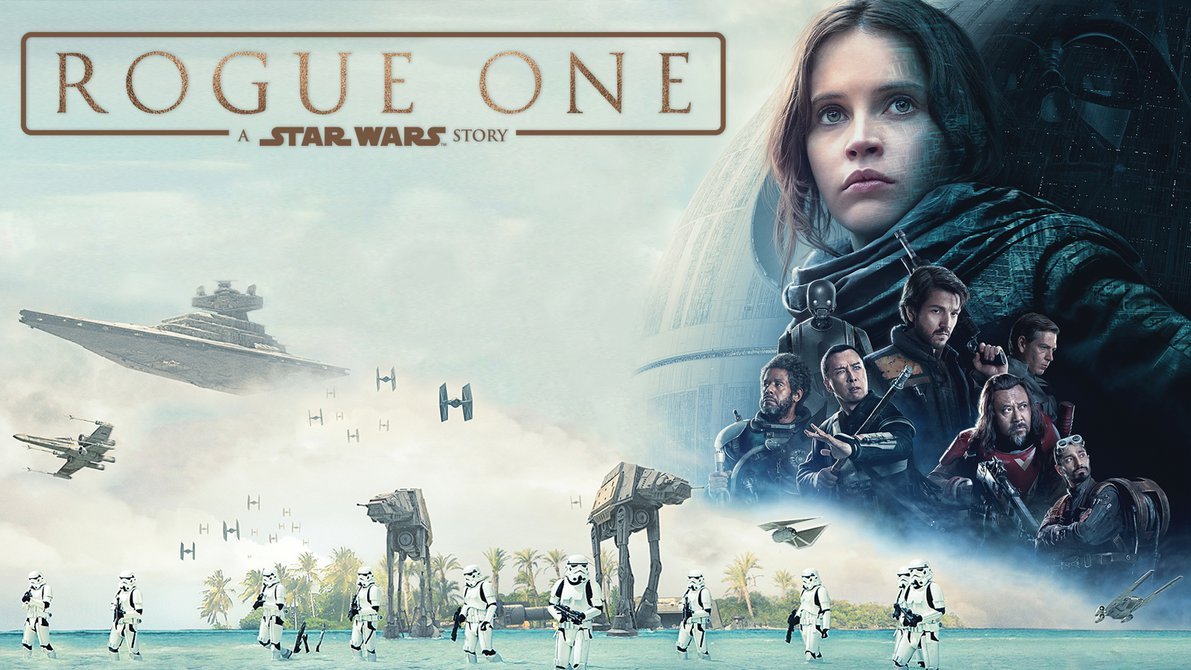 What is it ? : It's the 2016 entry into the Star Wars Universe, and the first one not based around the main storyline. It fills in the background story from the text crawl at the beginning of Episode 4: A New Hope, detailing how the first Rebel victory occurred, how a plucky band of Rebels passed on the Death Star Blueprints, and why there's an empty chair at the Death Star conference table and how it's original occupant was shot in the face by a Death Star.

High Points : I'm pretty much a fan of the entire film, I loved it. The way it matches up to the Text Crawl in Episode 4 is extremely well done, and it really feels like part of the same universe.
I'm even a fan of the CGI Tarkin, while he's not as good as Peter Cushing, it's incredibly well done (especially the voice acting) and the character really exudes the menace he should, allowing you to see why he was Vaders boss in Episode 4.


Low Points : While it's good its not perfect, some of the cameos (Pondo Baba and Doctor Evazan being the major examples) feel forced and done just to make you go "Oh, there's that guy I recognise." (also given this is mere days before episode 4, it doesn't give them a lot of time to move from one planet to another, perhaps would have been better if it had been one of the bounty hunters instead).
The Leia CGI looks a bit dodgy and False, and her appearance at the end of the movie does cause a slight continuity flaw (her lie to Vader about being on a diplomatic mission, when he just saw her ship hours before fleeing a rebel command ship).

But these feel like nit-picking when I enjoyed it so much.


So what do you really think ? : I loved it, especially as a Role-Player who has played the Star Wars RPG in a couple of campaigns during the Galactic Civil War Era, I really got immersed into the background and characters in a way that I didn't with the other movies as much. The characters seemed more real, they weren't so indestructible and powerful, and I really felt for the Pilot character who seems so much out of his depth throughout the movie.

Final Words : It's Star Wars, it's well done, it's a little different to the other movies, and it made a nice change of pace between episodes 7 and 8.