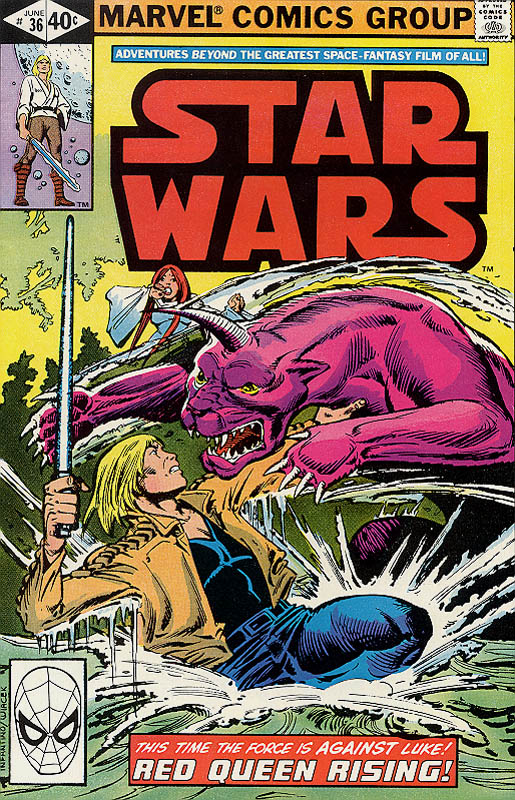 What is it ? : Han, Leia and Chewbacca are ambushed by a Star Destroyer as they monitor Luke's situation on Monastery, and are caught in it's tractor beams and taken aboard. Han decides to be an innocent trader, and orders Leia to hide in the ships smuggling compartments, but Captain Wermis recognises the Millenium Falcon, ordering Han and Chewbacca to be taken into custody and the smuggling compartments to be searched.
The Empire searches the Falcon, having knowledge of the smuggling compartments, but they do not find Leia, who emerges afterwards revealing that Han had hidden compartments located within the smuggling compartments by Rebel tech's, as he was aware that the Empire knew of their location. She sneaks through the vessel, planting proton charges in vital places, and stealing jet packs. When she is ready the explosives detonate causing the artificial gravity aboard the Star Destroyer to fail, and breaks Han and Chewie out of holding. Using the Jet Packs they fly past floating Imperial crew and return to the Falcon and escape from the sabotaged vessel.
Meanwhile Luke is in the gardens around the Temple looking for Domina to speak with her, when he notices that a panther like creature is sneaking up on her and preparing to pounce. Engaging his lightsaber he dispatches the beast only to be told by Domina that the creature is a harmless pet which he has killed in from of the council of elders of the Order. He returns to his quarters, and Darth Vader emerges to speak with Domina, revealing that he has been training her in the use of the Force and she was manipulating the creature into attacking to make Luke look violent and dangerous.
Later Luke is called before the council to make his presentation on why the Rebellion is justified in fighting the Empire, when he discovers that Domina has taken control of the Council using her new Jedi powers, and has always been speaking on behalf of eliminating the Rebel Alliance.
He accuses Vader of being behind this, so Vader challenges him to a duel, which Domina will not allow within the temple, so they arrange to fight at Sundown in the Crystal Valley.
Aboard the Millennium Falcon, Baron Orman Tagge emerges holding a blaster on the heroes, he reveals that Leia's sabotage of the Star Destroyer deactivated his cryogenic storage, allowing him to escape, and the reason for their ease of escape was that the Stormtroopers were actually looking for him not them, and he left clues that he was heading for the escape pods rather than the docking bay.

High Points : I was all too ready to write Orman Tagge off as finished, but they've found an excellent way of bringing him back into the plot even though his schemes have failed. His Sister. As soon as Orman has discovered that Domina is now part of Vader's schemes he is rushing to help protect her, and this hasn't just come out of the blue, they've been dropping hints for issues that Orman considers his sister pure and unsullied, and has been willing to fight to protect her.
Seeing this character rush to act in a fairly selfless manner is excellent, and while he is an antagonist to the heroes, the writers really are sculpting a fleshed out and interesting character.

I'd normally be tempted to criticise how easy it is for the heroes to escape from capture aboard a Star Destroyer, but this section of the story is very Star Wars, and Leia's plan extremely well done. Once she's aboard, she finds it easy to sneak around the ship (very much like heroes did when they were aboard the Death Star), and the planted explosives provide not on distractions allowing her to act, but also cripple the ship and it's crew allowing the heroes to escape. A beautifully crafted bit of Star Wars storytelling indeed.

Low Points : I found Domina's need to reveal her evil plot a bit too cliched, with no real reason for her to actually tell Luke that she's working against him. If she had just continued to pretend to be on his side, but swayed by Vaders arguments that even the peaceful creatures of Monastery were being corrupted by Luke's influence, it would have formed a more interesting reveal of her identity and her betrayal later.
In fact the way she reveals her purpose in this issue in many ways makes the way they've used the animals of Monastery to frame Luke pointless.

So what do you really think ? : A fairly interesting and solid issue, which does feel a little rushed, with Domina blurting out her plan, and Han and Leia captured and escaping from a Star Destroyer within just a few pages. I really feel that given an extra issue to allow this story to breathe it would have come out better.

Final Words : Only two issues to go until Empire Strikes Back, and one of those issues is an unrelated story which is perhaps my favourite issue of Marvel Star Wars. So I guess this story wraps up next issue.