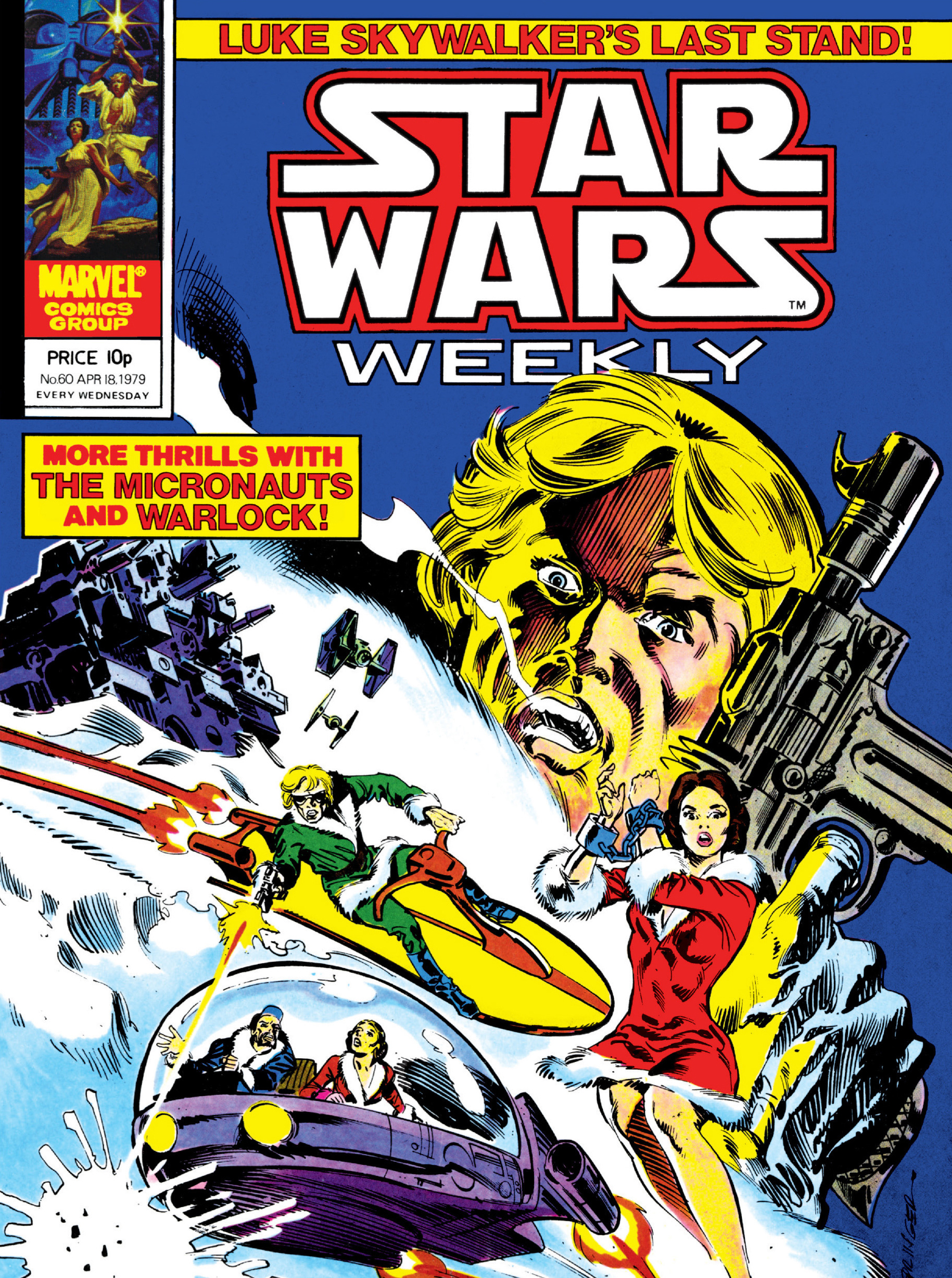 What is it ? :
Part 8: Pursuit
The Ice Worm has smashed into the Imperial camp, and Fake Colonel Odan has fled with Princess Leia aboard a Snow Flyer, so Luke takes a power ski and follows. Fake Odan realises that it must be the Rebels, as none of his men had Power Ski's, so fires Ion-Blast Missiles, however, Leia although restrained kicks out at the controls as he fires, causing him to miss and giving Luke a chance to leap aboard the flyer.
Luke blasts the Flyers canopy, causing the icy wind to blind Fake Odan, and forces him to stop the vehicle. As he is captured, he warns them that they will be destroyed, as the Imperial base is expecting him, and will dispatch Tie Fighters to destroy them when he doesn't arrive. So keeping him aboard, Luke and Leia take the flyer onto the Imperial base.
Sabotaging the vehicles engines, they cause it to explode and breach the gates of the Imperial fort, allowing them access. Luke steals a Tie Fighter, and realises that the fort is set up to defend against an aerial attack, so keeps his fighter low to the ground. He smashes the base with the Ties weapons, and as Imperial patrols return, Leia grabs another Tie and together they lead the Rebel forces to victory.

High Points : I'm really reaching here, because the only thing I can think to complement in this issue is the artwork. Although we've swapped from colour to black and white, the artwork is very detailed line art which is extremely well done.

Low Points : The story, which has been paced so well in the three page parts now loses all of that in it's bumper 6 page final part. The entire victory, from Luke stealing the Tie Fighter, to the celebration is a single page, and it just feels as if they were told to end the story.

And although I complement the artwork, which is indeed lovely, some of the designs don't feel very Star Wars. The Snow Flyer especially looks like a generic Sci-Fi vehicle belonging more in Buck Rogers than Star Wars. Although that said, it is pretty.

So what do you really think ? : I'm not impressed with this final part. I'd enjoyed the rest of The Kingdom of Ice, which although hampered by the 3 page limitation of the original Pizzaz! printing, had been well paced and enjoyable, and while it was always rushed, it managed to tell it's story in an understandable fashion.
But that all falls apart in this last part, especially just in it's last page, as it fells as if it needed another 3 page part to really wrap it up comfortably.

Final Words : Well, another story wrapped up, and I have to admit that while I have some vague memories of the beginning of this story, the end definitely didn't stick with me over the 40 years since I last read it. Kingdom of Ice definitely hasn't proven as memorable as The Keepers World, which although mainly suffered worse from the pacing problems forced upon it by it's original printing in Pizzaz magazine, did have a far superior story.