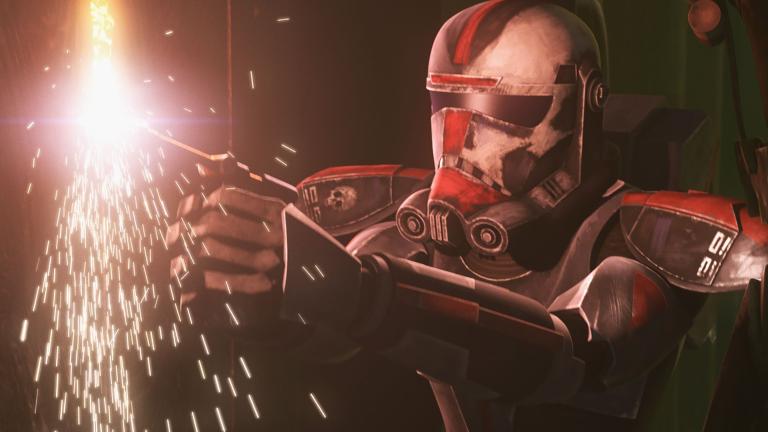 Star Wars: The Clone Wars: Season 7 Episode 3: On the Wings of Keeradaks

What is it ? : So this episode is basically the finished version of Star Wars: The Clone Wars: Unfinished Episode 7: On the Wings of Keerdaks. There's a few small changes to the episode involving the testing of the organic decimator, but mainly the story remain the same, covering Anakin and the Clones escape with Echo and the battle at the Poletec village.

High Points : The battle against the separatist D-Wing and Octuptarra tri-droids is pretty good, with the Clone's concentrating on scaling and destroying one of the larger walker droids. With Anakin taking out the other as the clones comment on the relative difficulty of their task compared to his aided by his Jedi Powers.

Low Points : I've actually been a bit disappointed in the introduction in this episode of the Organic Decimator Droid (and the D-Wing Droids in the past couple of episodes) without any comment. I'd have liked some remark on whether these are new droids, or whether we just haven't seen them before because the Techno Union isn't actively involved in the Clone Wars.

So what do you really think ? : It's an enjoyable enough episode, and I definitely can't really criticise it, there's nothing too exciting in this one. But it's fun enough, and definitely worth a watch.

Final Words : So, we've just got the final part of this story to go, "Unfinished Business" and then we finally get some actual new content, woo-hoo.