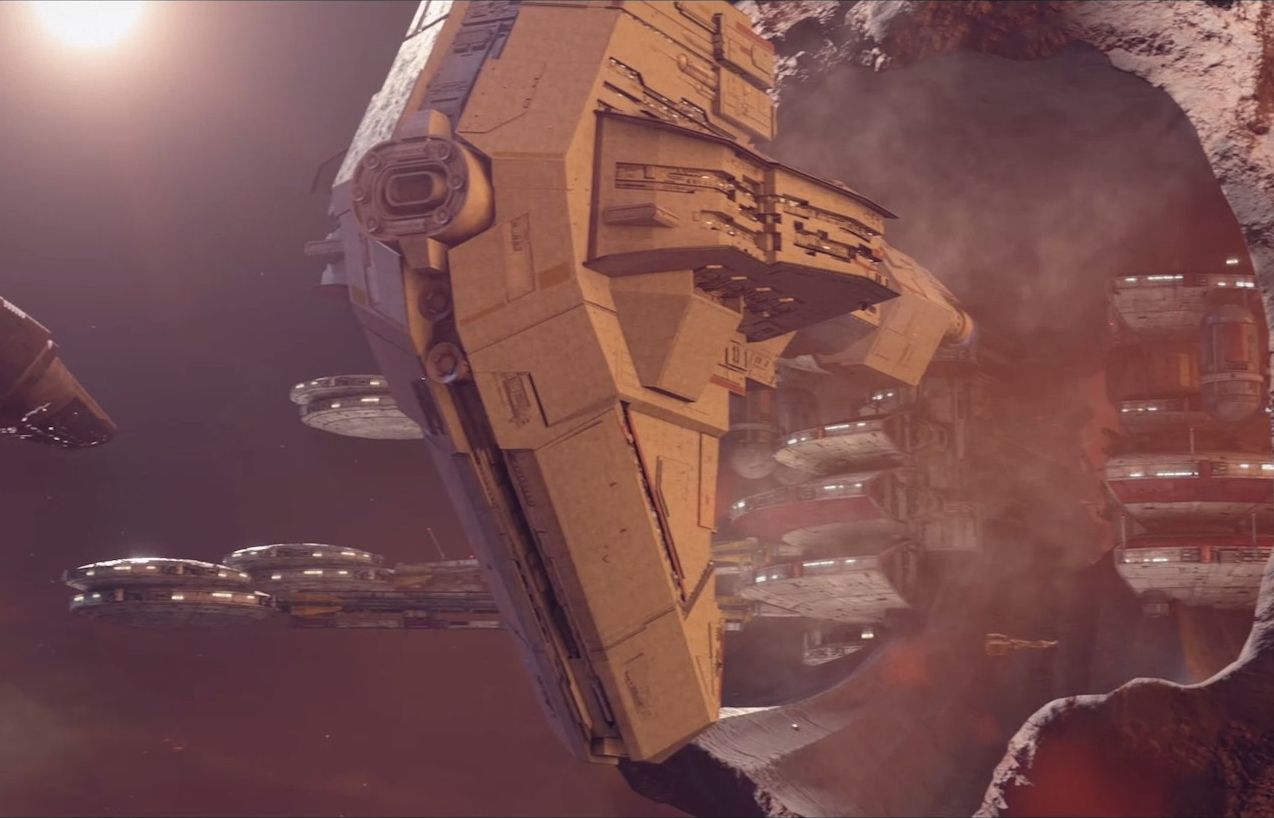 What is it ? : Switching back to the Rebel side, news of the attack on the convoy at Desevro has sent waves of concern through your squad mates, and once you head into the briefing Ardo Barodai confirms those fears that Terisa Kerrill is hunting for Project Starhawk, Lindon Javes however intends to use this to draw her into a trap.
Lindon has sent a message which an Imperial Outpost has intercepted, your mission is to destroy that listening post, to make it look as if the Rebellion is trying to stop the message being passed on, thereby aiding in its authenticity.
After the briefing, your squad mate, Gracalia "Grace" Vatara Sienar is impressed by the plan, which she thinks is Imperial in it's details, Lindon himself tells you how Tarisa went from a street urchin to the Captain of her own Star Destroyer, and is fantastically loyal to the Empire. Finally Keo Venzee notes that the fight has become personal between Tarisa and Lindon.
Heading to Esseles escorted by a Corellian Corvette you arrive and Gunny masks your first attack using the squadron mask as you attack the receivers on the top of the station, large dishes which make easy targets. However the station begins to call for help, so you need to swap your target to the broadcast dishes in the middle of the station.
Once these are destroyed you need to begin bombing runs of the thermal systems, into a tunnel as you target these large systems, which you need to destroy three to take out one section of the station.
During this you are told that the Corvette is taking a pounding from Imperial Fighters, so you need to take a break from your bombing to help it out. There's only a single squadron, so easily dispatched before you return to your bombing runs.
With the Thermal systems destroyed, the core of the station becomes exposed, allowing you to fly into the station taking out the three elements of the core, and as the station explodes around you, you need to quickly race out to safety, making the jump to hyperspace with the rest of your squadron and the Corvette.

High Points : So we get a little Battle of Endor here, with the need to head into the superstructure of a station to destroy it's core and cause it to explode, and the altering objectives of the mission remain interesting, as you need to deal with the situation as it develops as the Empire calls for help, and then your Corvette needs support.

Low Points : But the station isn't particularly tense, as it's a straight tunnel in and out, and with your boosters, you either rocket out safely, or get caught on some scenery and blow up to respawn.

So what do you really think ? : While it's nice to have something a little new, and the multiple objectives around the station are quite interesting, the game doesn't manage to make the tunnel run on the station as tense and action packed as the movie, with it just being a matter of slowly flying in and taking out the targets, then aligning yourself with the exit and hitting boost. There's certainly no swooping around sections of superstructure, or real feeling of a race to safety.

Final Words : It's a nice enough level, but Squadrons has already shown us pretty much everything it's got to offer, and by this point is just repackaging it as the story unfolds.