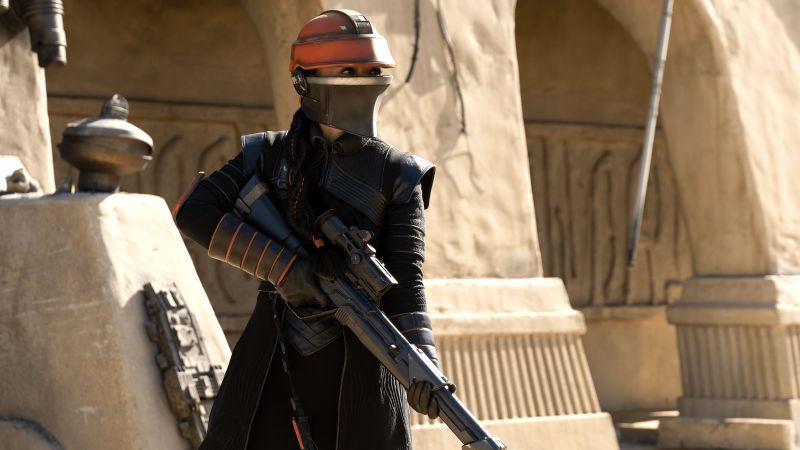 Chapter 7: In the Name of Honor

After the credits we see Cobb Vanth in Boba's bacta tank, with the Mod engineer activating his tools standing next to him. . . .

High Points : While it has it's flaws, I really enjoyed that episode, with it having one of the best running battles in Star Wars history, with the Battle Droids and Rancor both looking amazing and giving us some real wow moments. We actually end up feeling for the Rancor, as it takes wounds from the droids, and then is frightened off by Cad Bane.
And there's loads of great moments and lines throughout, from Peli Motto's "Grogu, that's a terrible name, I'm not going to call you that.", to the now iconic "This is the way." from Din Djarin.

Low Points : With the shown survival of Cobb Vanth, death continues to be worthless in the Star Wars universe, especially as I've already heard it mentioned that Cad Bane shows signs of life after he is stabbed by Boba (something I personally missed).
And while it was great for the action, the shields on the Battle droids seemed a little too powerful. While I know they should be impervious to energy weapons, the fact that they block Din Djarin from physically attacking the droids seems wrong, we saw droids walking through Gungan shields back in Episode 1, and Clone Troopers roll grenades through Droideka shields in the Clone Wars series, as these are usually ray shields, which have no effect on physical objects. I also expected Peli Motto's weapon to have more effect as she was using what looked like a Jawa ion gun, which should pierce energy shields (as seen in The Empire Strikes Back), and have a great effect on droids.
I can see why they did it, but it's annoying when they break the established rules of the universe (and for anyone who says that continuity doesn't bother them, then equally they should have no problem if Harry Potter turned up with Doctor Strange and Gandalf to save the day using magic, because if consistency in storytelling doesn't matter then stories don't have to make sense).

So what do you really think ? : I really enjoyed it despite it's flaws. It was action packed, with excellent effects and dialogue. While not what I probably expected or wanted from a Boba Fett show, it was entertaining and definitely worth my time.

Final Words : Well The Book of Boba Fett has been a somewhat erratic series, with Boba not really featuring in a couple of episodes, and the worlds slowest speeder bike chase, among other flawed moments. But I generally enjoyed it, even if mainly it serves as an appetiser for The Mandalorian season 3, which I'm now really looking forwards to.