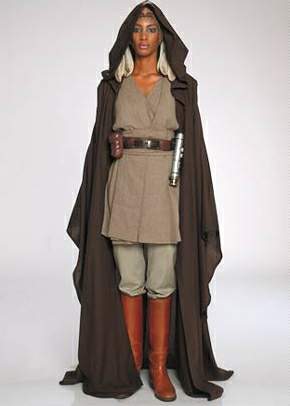 These are the known powers Adi Gallia possessed and it is believed that she had access to other powers.


Her piercing blue eyes would command a powerful presence regardless of her strength in the Force. Jedi Master Adi Gallia was a member of the order's High Council during the waning days of the Republic. She and the other members of that ruling body would convene in a temple high above the Coruscant landscape, deciding important matters of the Jedi. Gallia served on the Council when Jedi Master Qui-Gon Jinn presented Anakin Skywalker to be trained.

Gallia was a tall human female with a trim build. She bore an exotic beauty and wore an odd headdress draped with organic tentacles. The Force runs strongly in Gallia's family. A close relative of hers is also a Jedi Knight.

Adi Gallia was renowned for her unerring intuition and research skills. The daughter of high-ranking Corellian diplomats, Gallia understood the intricacies of Republic politics at an early age. Her carefully cultivated network of contacts informed her of suspicious Trade Federation activity in the outlying systems. This prompted her to warn Supreme Chancellor Valorum, who later secretly dispatched Jedi representatives to deal with the Naboo blockade.

Gallia had long respected the diminutive Jedi Master Even Piell. Years ago, Piell saved Gallia's parents from a terrorist strike on Lannik. Shortly after the Battle of Naboo, Gallia and Piell, along with several other Jedi Council members, were dispatched to Malastare to broker peace talks with the terrorists and Lannik representatives.

Gallia was a superb pilot and skillful warrior. Unlike most Jedi, Gallia adopted an unorthodox reverse one-handed grip when wielding her lightsaber. Although her own record of accomplishments and talents was impressive, Gallia took great pride in the actions of her apprentice Siri.