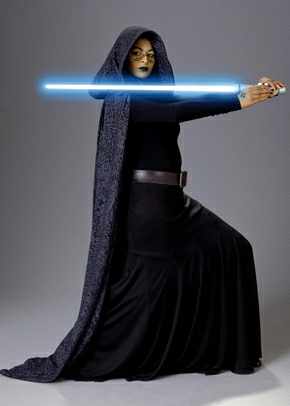 These are the known powers Barriss Offee possessed and it is believed that she had access to other powers.


A loyal Padawan paired with Jedi Master Luminara Unduli, Barriss Offee stayed close to her mentor's side whether during important meetings with the Supreme Chancellor, or in the thick of combat during the outbreak of the Clone Wars.

Like others in the Jedi order, Barriss Offee was taken from her parents at an early age to be raised within the confines of the Jedi Temple and the tenets of the Jedi Code. Despite rigid schooling in Jedi doctrine, the young Offee possessed an impulsive streak frowned upon by more conservative Jedi Masters. While she was reserved by nature, and not easily intimidated, there were times when she preferred wielding her lightsaber rather than following the protocols of diplomacy. Her attempts to overcompensate for her youthful exuberance sometimes gave her a cold demeanor.

Prior to the outbreak of the Clone Wars, Barriss Offee joined her Master Luminara Unduli, and fellow Jedi Obi-Wan Kenobi and Anakin Skywalker on a diplomatic mission to Ansion. Separatist conspirators were attempting to arrange the secession of Ansion through a number of veiled fronts.

As part of the intrigue, a pair of bumbling Ansionians attempted to kidnap Offee. She was able to peer past their unscrupulous employment and realize that the two, Bulgan and Kyakhta, were not malicious in their intent. Using her healing talents in the Force, she was able to cure the would-be abductors of their debilitating ailments, earning their gratitude and loyalty. Their friendship was very helpful in brokering peace on Ansion, and dousing the threat of secession.

In combat, Barriss Offee specialized in tandem fighting. Her connection to the Force allowed her to perfectly synchronize her actions with that of her Master. She served alongside Luminara while defending Ilum from Confederacy mine-laying droids during the Clone Wars. Though Unduli was her Master, Offee also learned under Stass Allie when she joined the Circle of Jedi Healers. Disease, rather than surgery, was her forte.