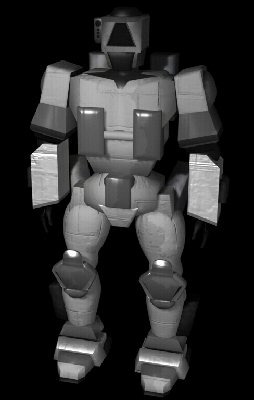 Description: After the destruction of Alderaan a native of that world, Almek Obsidian, became somewhat obsessive about military power, and set up Core Defence Industries (CDI) to supply defence to other worlds so the same could never happen again. However the unbalanced nature of the industrialist and the corporation he founded, led to many headaches for the fledgling New Republic, as the power weapons and vessels were sold to anyone without restriction, meaning that these state of the art weapons of war were available to terrorists, pirates and other criminals. Fortunately, for the New Republic at least, Almek Obsidian died after only a couple of years, and the absence of his genius, although unbalanced, hand at the helm meant that CDI went into receivership shortly afterwards. CDI Blocker Powered Combat Armour is one of the galaxies heaviest sets of armour, matching Zero-G Stormtrooper armour for pure damage resistance, and although fairly expensive it is still a very affordable suit of armour. The built in sensor system helps improve the efficiency of the wearer, but the suit is lacking many other systems providing the basics only. The user interface is known to be quick and responsive while offering the wearer a startling amount of information if they should so require, but otherwise this armour does only the basics required of a powered armour suit, protect the occupant, and boost their strength.