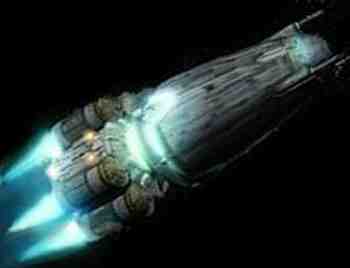 Description: The Techno Union was one of the largest signatories to the Confederation seperatist movement, and as an alliance of manufacturers such as BlasTech, the Corellian Enginnering Corporation, Kuat Systems Engineering and Sienar they had some of the best equipment available. The Hardcell-class interstellar transport is an example of this, with powerful drive systems designed by CEC, weapon systems by BlasTech, and many other custom designed systems. This vessel easily manages to equal the Corellian Corvette, and has extremely powerful front cannons which can cripple and destroy most other capital ships of its time. The Corvettes helped the Confederation for a good part of the Clone Wars, before the major elements of the Techno Union withdrew their support as lucrative contracts came their way from the emerging Empire, and they put their support behind it instead. Because of this shift in power, the Tranports mainly managed to survive the Clone Wars intact, and can still be seen in support roles for the corporations that manufactured them, defending the Corellian and Kuat star systems and escorting cargo convoys. A few have been bought by the Empire as the New Republic has forced it back, and the Empire has needed every vessel it could lay its hands on.