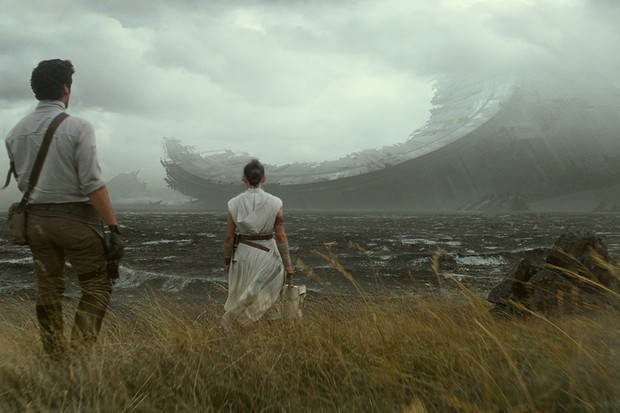 Six Months till Rise of Skywalker

So, we're now just a couple of days under six months until Star Wars Episode 9: Rise of Skywalker is released, and . . . . it doesn't feel like it to me.
Let me explain a little, when the Prequels were being released I was at College and later University, and I remember the anticipation of the new movies. My friends and I eagerly awaited the new movies, booking in as a group to see Episode 1 at a midnight screening. Booking the day after off work, so that we could sit up all night with fast food discussing everything that happened.
When Episode 2 came around, again we went as a group, and I remember downloading the trailer (in the days before Youtube) and converting it so I could play the video on my phone, and I remember a crowd of geeks at university clustered around the tiny screen of my phone (maybe 3 inch) watching it for the first time.
By the time of Episode 3, I'd gotten married and was a father, so my wife and I went to see the film (our first night away from the newly born baby), and I remember heading onto a party afterwards where people questioned us as to whether we'd enjoyed it.

And now the sequels have come about, and I'm a Dad taking my family to see them, and we've made nights of it for Episodes 7 + 8.
But for Episode 9, there's not really any feeling of excitement. The teaser trailer we watched, but we never rewatched to pick out every detail (as we'd done with almost every trailer up until Solo: A Star Wars Story).
It just doesn't feel as special. Maybe it's the fact that it's the fifth movie in 5 years? Maybe I'm just older? Maybe there's so much else to be excited about?
But whatever it is, we're six months from a Star Wars movie, and I'm having difficulty caring. We've got a Star Wars TV series starting up soon (The Mandalorian) and again, I'll probably watch it, but there's a chance I might not.

Now while I've got my problems with The Last Jedi, I don't think it's that. Because I'm afraid for all it's flaws, I personally still think it's massively better than Attack of the Clones. So if Clones didn't burn out my enthusiasm for Star Wars, then Last Jedi certainly couldn't.

So basically what I'm asking is, what about everyone else? Are you enthusiastic for the new movie coming out 14th of December? Am I just becoming an old grump? If you're not feeling it either, then what do you think the reason is?
Oh, and do you think that the full trailer will be able to excite us when it's released (probably quite soon)?


All thoughts are my own, and are just fairly random musings.
All text, HTML and logos done by FreddyB
Any complaints, writs for copyright abuse, etc should be addressed to the Webmaster FreddyB.