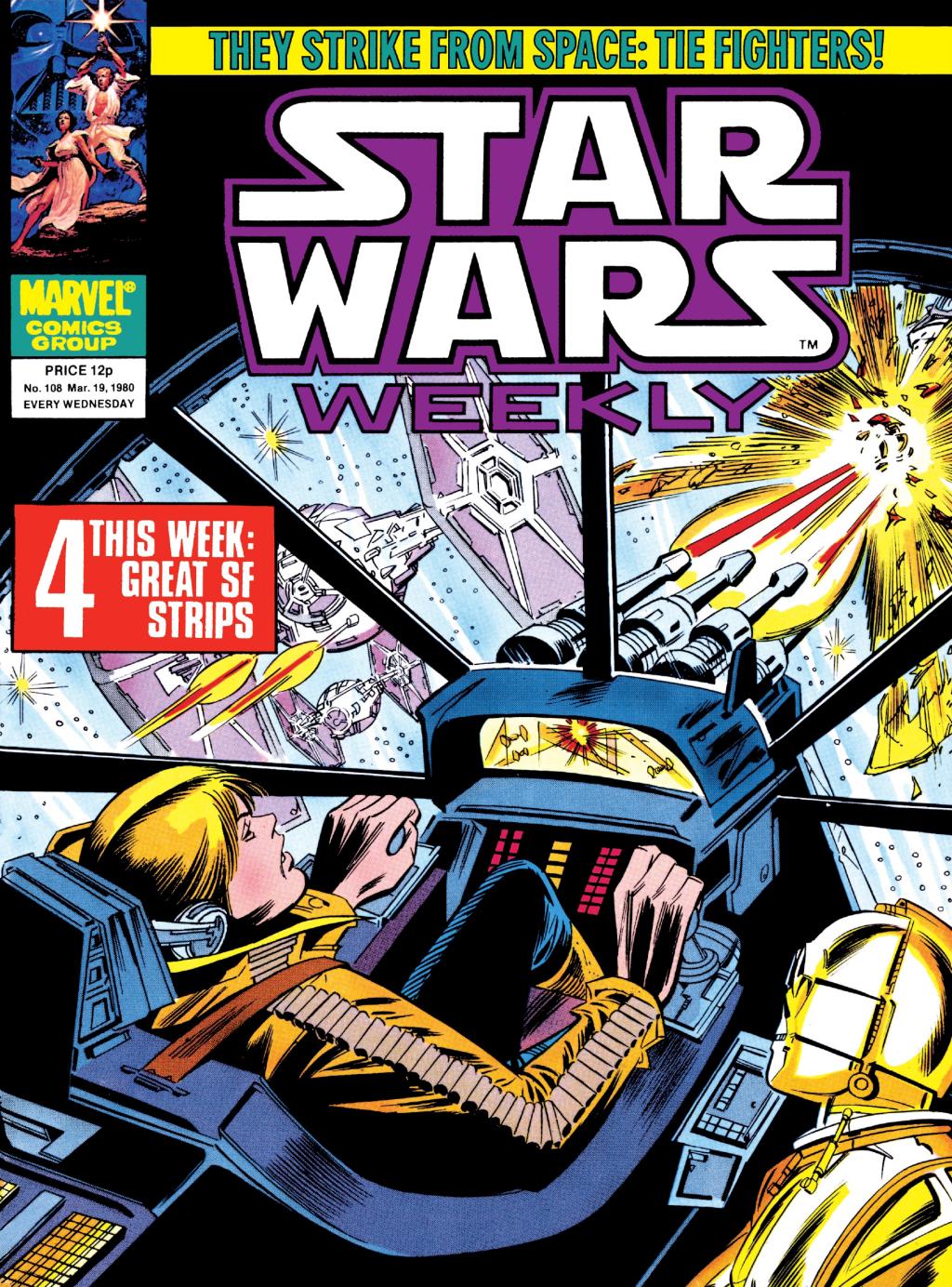 What is it ? :
Part 2: Star Terror!
Luke, Leia, the Droids and another Rebel named Mici, have stolen the Starraker from the Empire on Foundry, they have escaped and Luke is concerned by the hit that Leia took from an Imperial Blaster, but she assures him that it was only a stun.
Their communications system chimes to let them know someone is getting in touch, and General Dodonna briefs them on the situation on Alashan, where a Rebel base has lost contact, as have the Scouts sent to check out the situation.
He tells them that although the Rebel techs want to check out the technology on the Starraker, that they are the fastest ship which can check on Alashan.
They make the trip there, but as they scan the planet, they are ambushed by Tie Fighters, although they're aboard an Imperial ship, they lack the proper codes to bluff the fighters, so fight.
The Starraker is more than a match for the Tie's, but Luke realises they're short range fighters, so must have a base or ship around somewhere, and Mici detects an Imperial Cruiser bearing down on them, it's weapons ready to fire a volley which will destroy the Starraker.
But that shot never comes, as an immense blast from the Surface of Alashan hits the Imperial Cruiser, blasting it into scrap.

High Points : There's plenty going on here, and I love that they dart from idea to idea, for example, Luke considers bluffing the Tie Fighters, since they're aboard an Imperial Ship, hoping that the news that it's been stolen hasn't gotten to them yet. But he disregards this idea when he realises that they don't have the required codes to speak to the Tie's.
It's nice to have them considering options in a fight, instead of automatically doing the right thing, making the heroes feel more human.

Low Points : Although this issue is once again a story of two parts, unfortunately the first part is really just a recap of the last issue. Not only do we get the first page telling us of the theft of the Starraker, but we also get Luke worrying over Leia's wound, and then General Dodonna telling us of the Scouts, and the information they'd imparted about Alashan last issue.
So we're left with just a little space for new content, which is basically a fight with some Tie Fighters.

I'm also a little confused as to the Imperial presence around Alashan, last issue the Scouts were investigating the loss of contact with the Rebel Archeological base, which turns out to be something within the base itself. But we never had any inkling that the Empire was involved, and yet now they're in orbit. How have they found this place, and why are they here?

So what do you really think ? : The story continues to remain a mystery, but we don't really get any new information this issue, just the heroes discovering what we already saw last issue happening to the Scouts. I really enjoyed the section last issue with the two Scouts, but sadly it's led to the story needing the Heroes to discover the same information, so we're covering exactly the same ground once again.

Final Words : I'm more than a little worried about Mici. She really doesn't have a reason to exist in this story so far, which makes her very much the Red Shirt of the story. So I find myself waiting for her obvious demise. Although that said, I suppose it's possible she may need to remain behind to calm whatever is on the planet, when it turns out that it's only blowing up starships because it needs a friend.
I'm starting to think that perhaps I've read too many of these stories, as they're becoming predictable to me, but perhaps this story will surprise me.